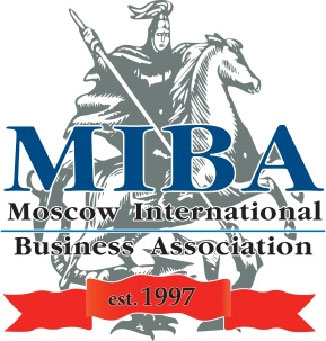 MIBA was founded on 19 November 1997. 30 companies from 11 countries became the Association’s first members. Today MIBA unites over 100 companies, banks and enterprises from 23 countries.

MIBA’s unique character lies in the fact that it is a multiprofessional organization that includes large, medium and even smaller-sized Russian and foreign companies, operating both in the Russian capital and Russian regions, among its members. This almost perfectly reflects the whole spectrum of the business community in Moscow and Russia in general. State power (executive and legislative authorities from federal, regional and local levels) and businesses (both Russian and foreign) are equally represented on MIBA’s Executive Board.

Moscow Mayor Yuri Luzhkov acted as the President of the Association from 1997 to 2010. From October 2012, this post was held by Mikhail Barshchevsky, Plenipotentiary Representative of the Russian Government at the top judicial bodies. In 2017, the Association’s Executive Board decided to combine the positions of the President and General Director. Alexander A. Borisov is MIBA’s current President – General Director.

The Association is actively engaged in the work of Moscow’s HQ for Protection of Entrepreneurs’ Rights, of the Public Council for Competition Development, Interagency Commission for the Consumer Market, Public Council under the Business Ombudsman. All of this serves to significantly expand the business opportunities for MIBA and its members.

Annually, MIBA organizes 70-80 events, acting alone or in cooperation with its partners. There are five workgroups functioning within the Association, concentrating on the following topics: Regulatory Impact Assessment (RIA), Transportation, Customs, SmartCity, “Foreign Companies as Domestic Producers”. Member companies and partners gather for the sessions of the VIP Club, PR Club and HR Club on a regular basis.

MIBA annually receives 500-600 requests from its members, related to various spheres of their activities. These include projects of interest for the city and its citizens, as well as legislative proposals, complaints regarding the actions of authorities at different levels, requests to speed up the consideration of certain issues or to support in solving particular problems arising with various city, regional or federal services. Each request is examined together with the corresponding specialists of state or municipal bodies and, if necessary, is reported to the Moscow Mayor, the Chairman and Ministers of the Federal Government. About 2/3 of all requests are solved in favor of the applicant.

During the time of MIBA’s operations, solely its foreign members have attracted over $ 20 billion of direct investments into Moscow and Russia.

All these years MIBA has been successfully acting as an interface between administrations of all levels and the business community of Moscow and Russia. This is the embodiment of the Association’s slogan: “Business – Government – Direct Dialog”.